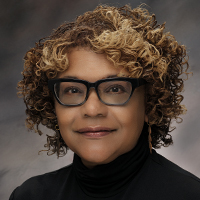 Deborah Vietze is Professor of Psychology and Urban Education at the City University of New York. She received her Ph.D. in Psychology, with a specialization in psychometrics, research design, and program evaluation from Columbia University in 1979.

Her research has focused on measurement development and methodology as it relates to social influences on infant and adolescent development, reducing poor birth outcomes for low-income women, and the influence of culture on development.

She has been a consultant for and member of the Scientific Advisory Board of the NIH National Institutes of Child Health and Human Development’s study of early childcare and development. In this role she has consulted on the use and development of measures of child and adolescent development for the 15-year-long study. She has also developed measures and program evaluation plans and/or provided research consultation for the City College of New York School of Engineering, The March of Dimes Birth Defects Foundation, The Ford Foundation, the W.T. Grant Foundation, the American Psychological Association, The New York City Public Health Department, The Central New Jersey Maternal and Child Health Consortium, The Foundation for Child Development, The National Research Council of the National Academy of Sciences and the Center for Disease Control. Dr. Vietze was the PI for one of the first experimental studies of a low-birth weight prematurity prevention program for African descent women and developed both measures of processes and outcomes for this research. She regularly teaches graduate courses on research methods, testing, program evaluation, research ethics, culture and development, and on prejudice. She also regularly consults with professional journal editors on submissions related to clinical and research assessment. Dr. Vietze is author of journal articles and chapters that describe her research on preventing health risks in pregnant women; the relationship between infant-mother interaction and social and cognitive development; social networks and romantic relationships in adolescents; ethnicity and child abuse; family type and academic success in African American girls; and on achievement in high ability minority students. She has also conducted research on smoking in young minority men. She has also received many federal and foundation grants to support her research. Deborah is a recipient of the American Psychological Association Achievement Award for excellence in integrating research and service for ethnic minority populations and the Surgeon General’s Award for health-related services research(C. Everett Koop Public Health Award). She was also Vietze awarded a National Institute of Mental Health Research Fellowship (1975 -78) and was one of the original ten American Psychological Association Minority Research Fellows during while she earned her Ph.D. Deborah’s current community service is related to after school care, maternal and child health, and motivation and skill training in African American high school young men.